The second large attack on Manston during the Battle of Britain, 14th August 1940

At 1140hrs, a large formation of enemy aircraft was detected forming up over Calais by Dover and Pevensey radar. Four squadrons were brought to readiness, including seven Sptifires of No.65... 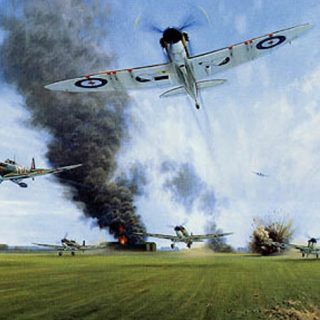 12th August 1940 marked the first major raid inland against RAF airfields by the Luftwaffe and Manston was to feel the full force of the offensive. By the end of the...

No.54 Sqn’s P/O Gray attacks a Bf 109 piloted by Lt Josef Schauff of 8/JG 26 over Margate. The German’s parachute fails to open, his body landing on a local...

In the early hours of the morning of 21st July 1944, two Messerschmitt Bf 109G-6 fighters landed at Manston airfield. Both were from the same unit and carrying out a... 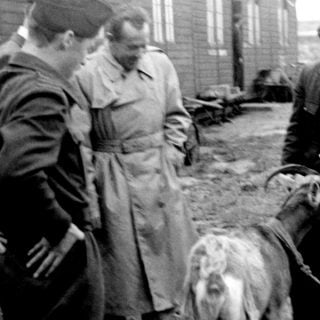 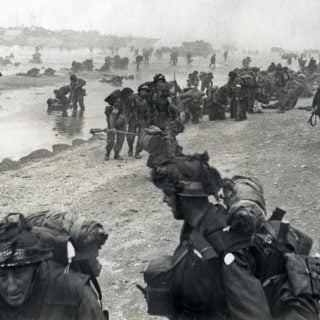 On this day, 6th June 1944, known as D-Day, more than 160,000 Allied troops landed along a 50-mile stretch of heavily-fortified French coastline forming the largest amphibious attack in history....

On this day at Manston

Because of some of the detail for the daily posts, you can see today’s events on our timeline page

It is intended to bring together the various sources of information at events, squadrons, aircraft and personnel that have been involved in the site.

The site and social media pages are currently all non-profit making. Obviously we do incur costs so any contributions via donations or online sales are appreciated to ensure this project continues.

We are not directly connected with either of the two museums currently at Manston, but may work alongside them.

Due to the amount of history, it is likely that this site will be continually updated and extended and is not intended to be a complete historical record for some time to come.